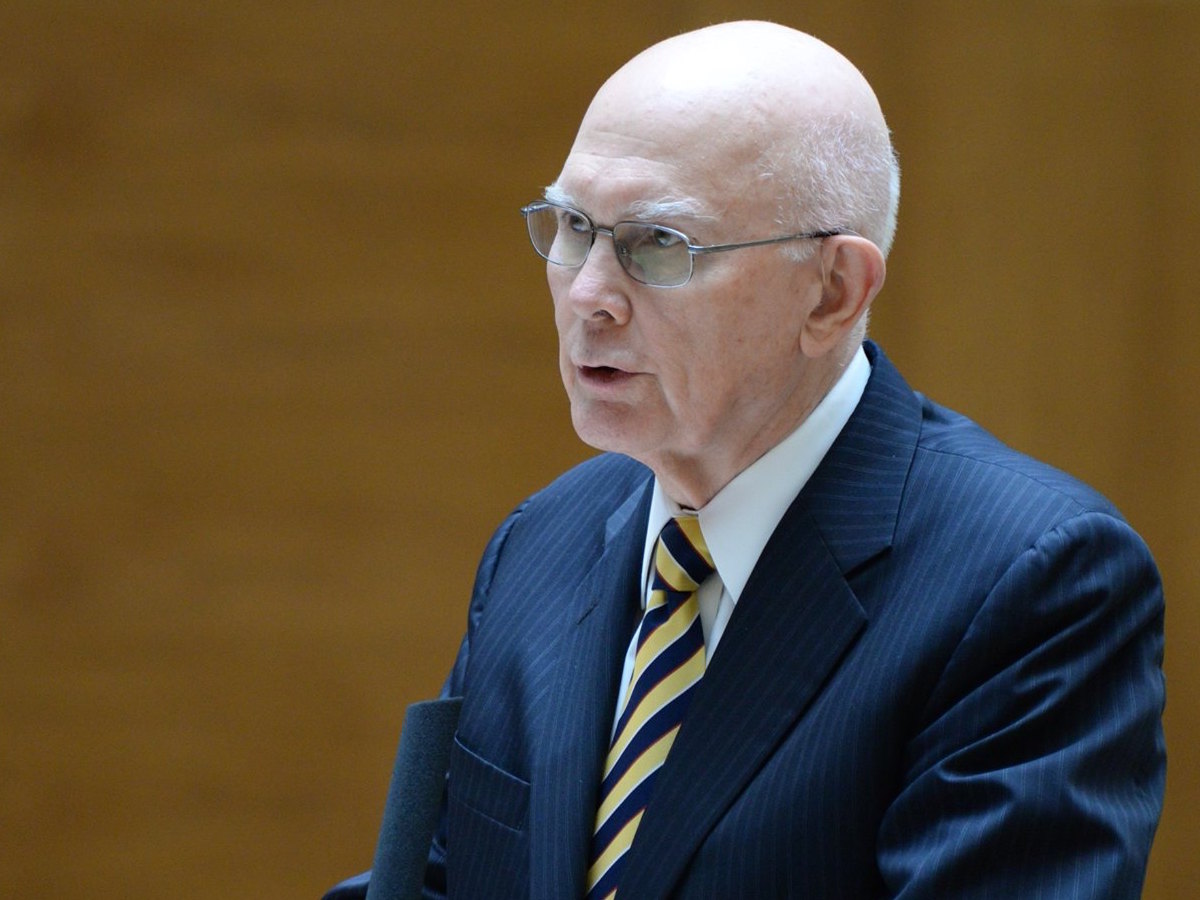 Dallin H. Oaks is an apostle in the Church of Jesus Christ of Latter-day Saints.

You probably don’t remember me, but we met when you visited Oakland last February. At my father’s suggestion, I had driven up from school that Sunday morning to hear your remarks.

There was no way you could have known this at the time, but I had spent a lot of time during the previous few weeks wrestling with my sexuality. I had not yet told anyone that I was gay, but had come to at least personally accept that part of my identity. The weekend you and I both came to Oakland was the first time I had come home since reaching this understanding. To be honest, I don’t remember much of what you talked about, because I was too anxious about my future, family, and faith to pay full attention to the speakers that day.

When I finally came out to my family a few months later, the response was warm, loving, and accepting (I know many Mormon teens are not so fortunate). My dad, a former bishop of our local congregation and a member of the Oakland Stake Presidency, sent me a long and thoughtful letter, in which he shared a story you recounted during your meeting with him and other Church leaders in Oakland:

I was not around when Blacks received the priesthood, but I was moved by Elder Oaks’ comments about this period. He had concluded Church doctrine was incorrect on this subject and there needed to be a change… So, when President Kimball called Dallin Oaks, then President of BYU, to tell him that he and the Apostles had finally received revelation to ordain all worthy males to the priesthood, Elder Oaks said he went out and wept and wept.

Zach — perhaps you can’t see it now, but the Church has moved on this topic [LGBT issues] at a blistering pace, and Elder Oaks assured us the First Presidency considers the topic daily in their meetings. In our local village, we move just a pace ahead.

This story and others like it gave people like me and my dad hope that the Church, albeit slowly and haphazardly, was moving towards a position of fuller understanding and acceptance of LGBT people. Sadly, though, the Church’s new policies on gay people and their families show that this does not yet seem to be the case.

Under the new policy, if I stay in the Church and marry someone I love— a goal my Mormon upbringing has emphasized — I will be considered an apostate. I will be subjected to a mandatory disciplinary council, and possibly excommunicated, for a “particularly grievous” sin apparently comparable to rape or murder, and any children I have will be barred from church membership.

Jesus said, “Suffer little children to come unto me, and forbid them not: for of such is the kingdom of God” (Luke 18:16).

The new Church policy, however, says a “child of a parent living in a same-gender relationship” may not be “baptized, confirmed, ordained, or recommended for mission service” unless the child “specifically disavows the practice of same-gender cohabitation in marriage” — forcing children to choose between their family and their faith.

This new policy has left me and my family sad and confused. I am struggling to see the love in the new rule, and I can’t understand why Church leaders have deemed it necessary. The Church claims its condemnation of gay relationships is about protecting families. But its position and especially its new policy are dividing families — including my own. My dad, a bishop during Proposition 8 and advocate for gay Mormons for the past decade, is discouraged and distraught. My mom is sad and frustrated. My sister, a full-time missionary in San Diego, now has to represent an organization she loves, but that has all but disavowed her brother.

In 2013, Elder Uchtdorf said “…regardless of your circumstances, your personal history, or the strength of your testimony, there is room for you in this Church.” I wish I still felt this were true.

My experience growing up in the Church was overwhelmingly positive, and friends and leaders in my local congregation have been nothing but loving and supportive. But I cannot in good conscience continue to be a part of a church where my official welcome is conditional on rejecting a core part of my identity. I do not want to belong to an organization where children are excluded because of who their parents love. I cannot support teachings that too often drive teens questioning their sexuality to suicide instead of to support.

The Church of Jesus Christ of Latter-day Saints does not have to be this kind of place. I hope that it will not be for much longer. As long as it is, though, I choose to withdraw my membership.

Please confirm when the attached membership record has been removed.

More importantly, though, please fix this.